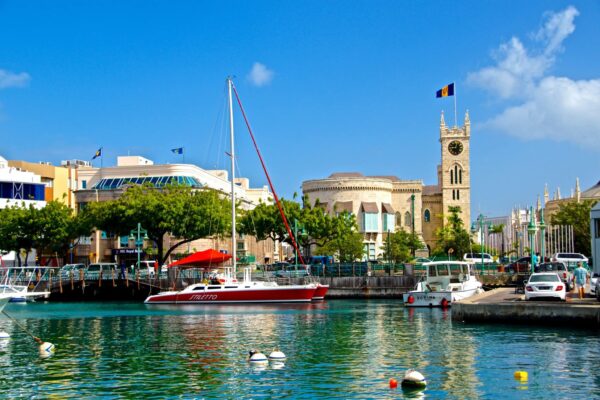 The island country of Barbados lies in the eastern part of the Caribbean on the North American continent. In terms of population, Barbados has a dense population as it has been estimated to be about 288,000. The triangular-shaped island has a land mass of about 430 km2 and a coastline of about 97 km2. Barbados’ largest city which also doubles as its capital is Bridgetown. A country with a mixed population of different races and a popular tourist destination within the Caribbean, its people are referred to as Barbadians. Recently just transitioned into a republic of the Commonwealth, its legal tender is the Barbadian Dollar.

This flourishing island in the Caribbean has its economy driven by foreign direct investment (FDI), tourism, and transnational trade. The nation ranks 52nd richest in the world with a GDP per capita of 4.9 billion dollars. Barbados is known for its high standard of living and is one of the high-income economies across the globe. Its primary industries are agriculture and mining, among others, while manufacturing also holds a major place in its economy.

The country has a stable environment for business, both politically and socially. Its enviable high literacy rate contributes to its highly skilled and efficient workforce. With a quite refined infrastructure, the country offers special tax incentives to industries in manufacturing, IT, production and even financial services, making a budding low-tax haven for businesses. Barbados also has tax treaties with the US, Canada and countries in the EU, making it easy for businesses to benefit from its minimal tax rates, low running costs and duty-free access to these countries.

Companies can establish an off-shore presence as the possibility of setting up a bank account even as a non-resident exists. In addition to having a bank account, other processes are required. While they are not cost-free, these processes take less than 30 days as they cover a total of seven steps. They include

An individual may get hired via written or oral means. The terms of a written employment contract ought to include the name of the parties involved, the position title, date of work inception and termination (where applicable), an agreed salary, work hours, days of vacation and terms of termination. The written contract is more advisable as it helps mitigate the risk of misclassification and contest.

The standard for working hours is 8 per day in a 40-hour work week. Weekends are designated for rest. According to labour laws, overtime is any period outside the working hours stated in the contract and it is optional. However, when requested, employees are entitled to 150% of their regular rates. Barbados has 12 bank holidays and employees are not required to work on those days according to the law, with the exception of service providers who work in the food and hospitality industry. Nonetheless, if an employee is required to work on any of these days, they are entitled to double their pay rate.

Employees are entitled to vacation leave, though this, however, depends on the agreement in the employment contract. The same also applies to sick leave, though according to labour laws, after two days of absence, sick leave must be approved by a doctor. Employers are not mandated to pay for this period, though up to three days of leave will be covered by the National Insurance Scheme (NIS), as funded by the employee. Maternity leave sums up to 12 weeks and an extended period may be received as stated by a doctor. The terms and conditions for severance in Barbados are based on the years of service and employees’ pay schedule and are usually treated accordingly.

Why Take Your Business to the Island of Barbados?

Apart from having a beautiful ambiance for relaxation, Barbados is known for its lengthy history of economic and political stability. Its financial system serves the island sufficiently as the Barbadian Dollar is tied to the US Dollar with a ratio of two to one respectively. Its strategic location makes it a landing point for trade in the inward region, especially with its valuable network of good roads. In addition, the low crime rate in the country makes it one of the safest spaces in the world. With English as its official language and the provision of free education up to the secondary level by the government, this has contributed immensely to its skilled workforce.

Expand To Barbados With WeHireGlobally

To make the beautiful isle of Barbados your next point of expansion, it is important to be well acquainted with its employment system and requirements. The most beneficial way to do this is to allow WeHireGlobally to take care of this for your company. WeHireGlobally is a Global PEO that is built to take care of employer needs such as hiring, onboarding, payroll and taxes in a legally compliant manner. With our presence and customized service in over 150 countries, your business in Barbados can take off without hitches.