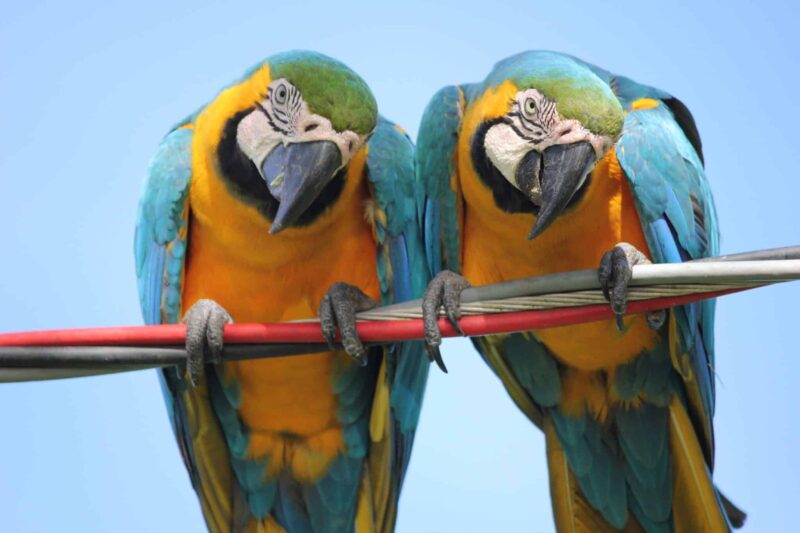 Brazil, the largest country in South and Latin America, is not only rich in history and culture but also in resources. Officially regarded as the Federative Republic of Brazil, the country also stands as the fifth largest in the world by area with 8.5 million square kilometers and the seventh most populous with a populace of over 214 million. Brazil’s capital is Brasilia, with Sao Paolo as its largest city. The Brazilian Real is its currency and its main exports are crude petroleum, iron ore, soybeans, and gold, among others. Ranking 13th by number in the world according to UNESCO World Heritage Sites, the country is also considered to be one of the world’s major breadbaskets, owing to its significant production of grain.

A major player in world politics, the country is one of the founding members of the G20, and the United Nations, among others. It has been classified as an ongoing power, in addition to having a leading ‘emerging economy’ with the twelfth largest GDP in the world. This basin of rich economic resources is an attractive base for investors and business owners. Though its business environment ranks highest as the most complex jurisdiction, according to TMF’s Global Business Complexity Index in 2021, this complexity can however be abated with the right resources.

The services sector is the largest in Brazil’s economy. This also includes mining, manufacturing, and agriculture. Hiring or doing business in the country may appear effortful. Setting up a local entity in Brazil seems to be a good idea, however, the thought of the associated legal expenses, costs of opening a local bank account, hiring a local accountant and director, renting an office, etc., can be very overwhelming and difficult to execute. Moreover, the setting up process may take up to 12 months and you may not have that luxury of time. Thus, you may consider an alternative, which is an International PEO or Employer of Record. With WeHireGlobally you can start your operations in days not months. WeHG can save you time and money at fraction of the cost. With the Global PEO solution, hiring and paying full-time or part-time employees can be done with minimal risks.

Conducting business operations successfully in Brazil is largely dependent on the full knowledge of the demands of its labor laws and regulations. The classification of employees according to Brazilian laws is part of this and quite important, in order to avoid the risk of misclassification. The type of workers needed will be determined by the goals of the business that is to be run. However, before attempting to hire in Brazil, here is how employees are classified according to its laws:

There are thirteen national holidays in Brazil on which work is not permitted to hold without due authorization. These are:

In Brazil, the terms of employment are established by the Consolidation of Labor Laws (CLT), also known as the ‘Labor Code’. This Labor Code defines an employee as one who personally executes duties on a constant basis for an employer, under their orders and in exchange for earnings. There are, however, categories of workers who are not bound by the Brazilian Labor Code. These include independent workers and service providers.

Except for employees who are hired to work from home for a defined period, Brazilian law does not require a written employment contract to define an employer-employee relationship. Nonetheless, it is commonplace to see businesses adopt the approach of a contract as it provides clarification legally. According to the law, here are the minimum terms of employment that have to be observed by employers:

Wages: Wages are paid according to the minimum wage set nationally or negotiated in the Collective Bargaining Agreements.

Overtime: This is limited to two hours per day, strictly for regular employees with an additional payment of at least over 50% of the regular salary.

Severance: The pre-notice has to be between 30-90 days, whether initiated by the employer/employee. Severance payments will be subject to the nature of the case: termination without cause, with cause, resignation, and cessation of contract by mutual agreement. Employers are, however, mandated to make monthly deposits of 8% of their employee’s monthly pay into a special account. This is known as the Unemployment Severance Fund (FGTS) and can only be withdrawn in special cases, such as when an employee’s contract is terminated without cause.

Leave rights: An expectant mother is entitled to 120 days of paid leave which may begin on any day of the last month of pregnancy. This leave also applies to cases of adoption. Paternal leave is subject to five days which can be extended by an additional 15 days.

There are different types of agreements binding the relationship between employer and employee in Brazil. Some of these are:

Being the most common type, any contract entered into is for an indefinite term. The start date is fixed, but the termination is unknown.

This applies to the employment of a limited season or project. This contract has a fixed start and end/termination date. The fixed-term contract is valid for two years.

This defines temporary work done by a person, often tailored to meet transitional needs to fill in for other staff or increase services. It is also fixed in nature with a duration of 3 to 9 months.

Employers in Brazil have quite a number of financial obligations to fulfill, both to the government and their employees. The details of these taxes such as the percentage, time of payment, and the proper authorities to be remitted can be overwhelming. In Brazil, some of the payments required by employers include Social Security (INSS), Guarantee Fund for Length of Service, Third Party Companies Tax, Accident Insurance, Life Insurance, and Medical and Dental Allowances, among others. Notably, the tax year in Brazil is between January 1 to December 31. In order to provide a balance to prompt tax payments and seamless business operations, WeHireGlobally’s services are tailor-made to ensure there is no breach of contract or tax evasion on the part of the employer.

A business needs the right environment to thrive. The Brazilian economy is open to investment opportunities ranging from the agricultural sector to mining and manufacturing. It also offers tax incentives such as tax exemptions, to investors in certain areas of its economy, such as exports as well as Research and Development.

Also, the country is a prime spot, serving as a foreign gateway to multiple countries. It borders all the countries in South America, apart from Ecuador and Chile. Its wide coast offers a large market of potential customers from Latin and North America. In addition, Brazil possesses a wide talent pool. This pool hosts both skilled and semiskilled workers. This is because its economy offers a number of subsidized school-level education and apprenticeship programs, making it easy for individuals to work even as contractors.

For the company seeking to expand to Brazil, another reason to take this step is that WeHireGlobally is present in the country. It is part of the over 150 countries in which our services are fully operational. As a Global PEO, we efficiently meet the payroll needs of employers, and pay taxes accordingly and promptly, while business operations can be fully run without hitches.

Hiring in Brazil can be preceded by establishing a legal entity. While this can be done by setting up a branch or subsidiary, it can only be authorized by the Brazilian Ministry of Development, Industry, and Foreign Trade. Here are the requirements:

It is important to bear in mind that some agencies require that the documents be translated. Legal services will also be required because of the delicateness of Brazilian labor laws. In order to circumvent the long process of getting legal help, a translator, filing each document one after the other, the simpler solution, WeHireGlobally can be opted for. Whether you choose to hire an independent contractor, an option that most businesses opt for when expanding, or full-time employees, a lot of compliance risks are attached because Brazilian Labor Laws are very employee-friendly.

These risks range from misclassification to wrong payroll payments, immigration and visa requirements and even establishing a permanent entity. Partnering with WeHireGlobally in a territory such as Brazil guarantees a smooth journey to global expansion. Your business can find its footing in the Brazilian economy with our top-notch and up-to-date payroll system that ensures prompt payment of all compensation and benefits as well as the remittance of taxes when due. Take advantage of our accessible services and find the best hands for your team. Get started here.