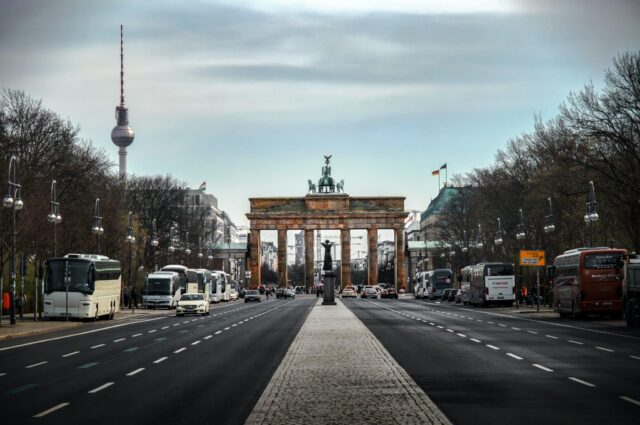 A founding member of the European Union, Germany, otherwise known as the Federal Republic of Germany, is located in Central Europe. It is the European Union’s most populous country, with a population of about 84 million and a 357,022 km2 area of land. Germany is bordered by nine countries. The capital city of Germany is Berlin, which is also its most populous city. Its financial center, however, is Frankfurt, and the Euro is the country’s legal tender. The official language in Germany is ‘German’ and the same term is the demonym for its people.

The country’s economy is highly developed, and its economic influences are entrenched in its scientific, industrial, and technological sectors. In addition, it is the world’s third-largest importer and exporter as well. On the Human Development Index, Germany ranks ninth; it also ranks as the 16th most peaceful country on Earth.

Germany’s booming economy makes it an attractive hotspot for investors and business owners. Apart from hosting some of the world’s notable trade events, such as the Hannover Fair and MEDICA, its location right at Europe’s center is advantageous for companies that want to build their European presence and push expansion strategies from there. This is even owing to its highly developed transportation network; its motorway system ranks third largest in the world.

Despite this, starting a business in Germany can be quite a challenge. According to the World Bank’s Ease of Doing Business Report, the country ranked 125 out of 190 economies. This is due to its complex red-tape requirements, especially with the processing of tax payments. In addition, new businesses must register with the local chamber of commerce, the local trade and tax offices, and the commercial register. Though its fiscal system is laden with bureaucracy, this can be a cakewalk with a Global PEO such as WeHireGlobally.

On the other hand, the country also offers a number of incentives and funded programs for research and development, being one of the world’s leading countries in the development of green technologies. This even covers hiring grants for companies seeking workforce expansion. As a country with a strong commitment to innovation and development, this is backed up by its solid startup culture as its startup ecosystem is rooted in three of its major cities: Munich, Berlin, and Hamburg.

Companies and business owners who seek to expand to Germany, do not necessarily require a legal presence as they can fulfill all the required terms of employment through a global Employer of Record or Professional Employer Organization (PEO). However, it is also important to keep the Arbeitnehmeruberlassungsgesetz (AUG) requirement in mind. Germany maintains strict rules about employment secondment, and according to its employment regulations, third-party employers are required to possess the AUG license in order to prevent the employees from becoming a part of the end company at the end of 18 months.

Employment terms in Germany are legally spelled out in a contract. This contract should include the terms of employment, benefits, and other compensation, as well as termination terms. Like other employment laws, working hours are strictly for eight hours per day only. The working week runs from Monday to Saturday, though most full-time jobs are only for five days. Working hours are capped at 48 hours per week. The only term for a work hour extension is if the average overall work hours within six months has not exceeded eight hours per day. This way, it can be extended to 10 hours.

Though this law specifies the number of working hours, it does not specify overtime pay. This is left to the agreement between employer and employee and must have been stated in the contract. The minimum wage is set at €10 per hour. Also, unlike other European countries which require a 13th-month pay for employees, the case is the opposite in Germany and this form of bonus is left to the employer to decide.

Employees are entitled to other forms of bonus, such as sick leave and paid vacation. The sick leave may span six weeks or more, as prescribed by a doctor. Employees who work five to six days a week are also entitled to 20-24 days of leave, though a lot of employers extend this. They are also entitled to the nine public German holidays, as well as other holidays which individual states may have.

As for maternity and paternity leave, mothers are entitled to a total of 14 weeks of fully paid leave, six before and eight after birth. Both parents are also permitted to take an unpaid leave of up to three years. During this period, parents may choose to work for less than the regular hours of work or not work at all. Parents with premature babies at birth are entitled to additional weeks of leave.

The terms of a contract termination are quite intricate. If the employee is to be dismissed fairly, the minimum period of notice must be observed by the employer. This is dependent on the employment duration and can range from two weeks’ notice to seven months. While employers have to pay full salary during the notice period, they are not mandated by the law to pay severance. However, in order to avoid legal issues on the basis of the employee’s claim of foul dismissal, it is recommended that the terms of severance payment be stated in the employment contract.

Why Should You Consider Germany?

Germany is a country with a strong economy at the heart of Europe, thus making it a viable location for cross-continental business transactions. There is no dearth of diverse and skilled workers as the German populace records a very high literacy rate. Accessing this skilled talent pool may be taxing, nonetheless, with an International PEO such as WeHireGlobally, the cream of the crop can be connected.

Also, the country’s economy is geared towards innovation and technology, coupled with its purchasing power, the highest in Europe. Germany’s political climate is not only stable; its economy supports budding businesses as intellectual property laws here are quite concrete. In addition to this, its states have readily accessible information centers which offer counsel to entrepreneurs and startup owners as well as information regarding grants and government-funded programs.

How WeHireGlobally Can Help Your Expansion to Germany

Moving a business to a country with a highly developed economy and high standard of living such as Germany requires a lot of complex steps. This complexity can however be drastically minimized with a Global PEO such as WeHireGlobally. With our stellar services present in over 150 countries of the world, your team of talented individuals can be onboarded and managed with our efficient payroll system. Not only is it designed to handle all payroll-related issues, but our services are also tailored to ensure all tax-related matters are taken care of in a legally compliant manner.