Top 5 Important Elements Of Globalization Every Company Must Know 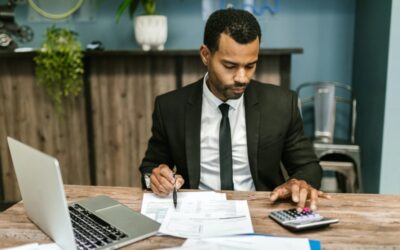 The method by which an organization becomes an influence internationally is what is referred to as globalization. It is also when a business aims to have an increase on a scale that is international. Some countries support this movement of globalization while some do not. It involves several sectors such as politics, culture, economics, etc. Globalization aids businesses to expand their fonts to other geographical territories. Any company that aims to expand must be aware of some elements that will aid globalization. Below are five important elements a company must take note of when globalization is in view:

This is the movement of individuals from a particular location to another across international borders. This can be in form of tourism, business travels, etc. People are the foundation of globalization and it is impossible to achieve without them. Expansion can only be possible when people are involved. Any company that aims to have influence in several parts of the world has to take the issues of people important. Globalization revolves around people.

This is an element of economic globalization that focuses on the regulation of taxes, tariffs, etc, The exchange of goods from one country to another is a vital means of having control in a foreign domain. You cannot claim to have influence in a place where such a person or organization is not known. The buying and selling of goods or merchandise to foreign countries further the progress of becoming a more interconnected world.

Countries who are still on their way to being developed or who are developed variegate their investments into foreign assets like stocks, bonds, etc. This is something that should be emulated but should also be executed with care. As the saying goes “Do not put all your eggs in one basket”, this also applies to the issue of globalization.

This is the process of an individual moving from one place to another. When it comes to globalization, the involvement of migration is very relevant. The mobility of labor has its advantage and it develops daily. This is of great benefit to the economy especially when migrants with acquired information return to their roots and also establish new enterprises. This is one of the major perks of working with a global PEO like Wehireglobally due to the ease they provide in ensuring that businesses of any size move from companies or workforce across borders in a safe and compliant manner.

The growth or death of a business is linked to the flow of capital. Capital is the bedrock of every organization. Its importance cannot be overrated because it is of very high importance. There are major key factors that make capital thrive such as corporate governance, protection of IP, etc.

Globalization comes as a result of an increase in the evolution of an economy around the world, especially in the aspect of trade. A company that will grow must understand the concept of globalization and work towards it, this will ensure a long-lasting and influential organization. A global PEO  like WeHireGlobally can be contracted by a company to assist them in being involved with the globalization process.